Novy Bor secured the long-awaited title win in the final round of the European Club Cup in Mayrhofen with a 3.5:2.5 against Asnieres Le Grand Echiquier. It is the second championship for the Czech team after 2013.

In today’s match Pentala Harikrishna lays the foundation for success with a white win against Maxime Vachier-Lagrave. On the neighboring board Vidid loses to Esipenko after six wins in a row, but boards three to five end in draws. David Anton Guijarro secures the match victory and title with a win against Matthieu.

Silver and bronze go to Clichy-Echecs-92 with 12 points and Schachclub Viernheim 1934e.V. with 11 points. The favored Romanian team CSU ASE Superbet with Anand and Rapport is only sixth behind Asnieres Le Grand Echiquier and Beer Sheva Chess Club. Magnus Carlsen with Offerspill Chess Club finishes behind them. 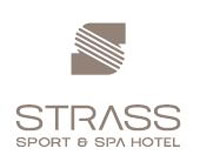